The legendary adventurer Adol continues his journey on the sublime and mysterious island of Seiren! For this new collaboration with the mythical studio Nihon Falcom, we are delighted to offer the already cult soundtrack of Ys VIII: Lacrimosa of Dana in this beautiful 3CD box set edition!

Originally released in 2016 on PsVita, and later on PS4, PC, and Nintendo Switch, Ys VIII Lacrimosa of Dana revolutionized the series with innovative and increasingly dynamic gameplay, extensive exploration in the enchanting environments of Seiren Island, and engaging characters. In just a few years, it has become one of the most popular installments in the Ys series.

Composed, arranged and performed by the irreplaceable Falcom Sound Team jdk, the soundtrack for Ys VIII: Lacrimosa of Dana raises the bar even higher with rocking and dreamy melodies that have helped make the game one of the most popular in the series. 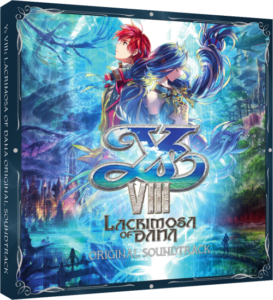 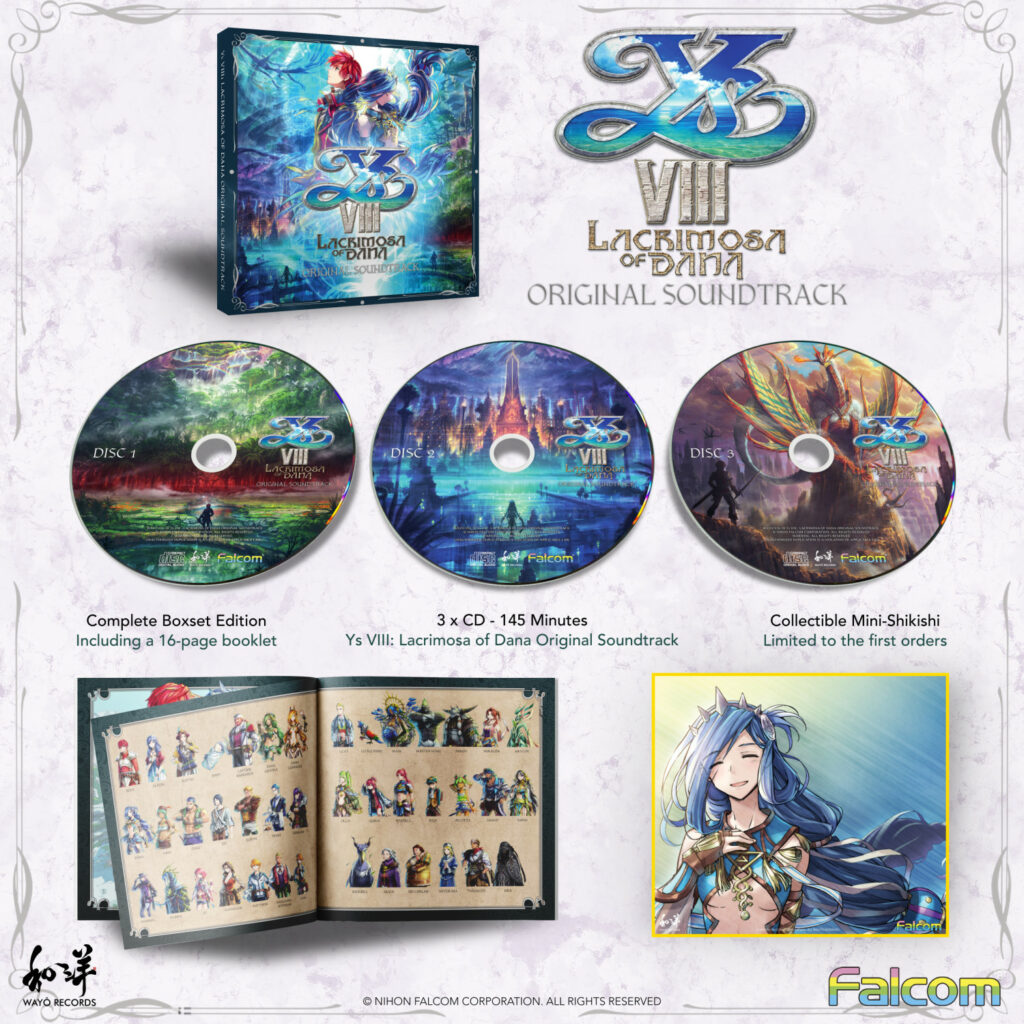