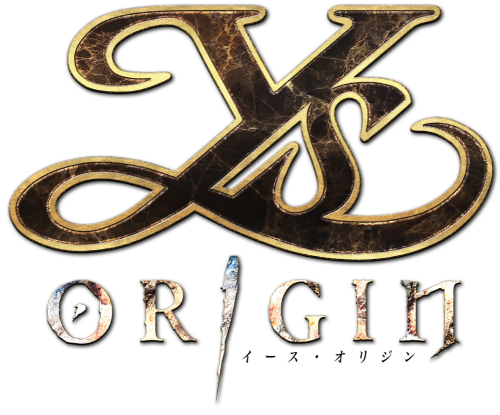 Released in 2006, Ys Origin is considered as one of the most popular title from the legendary Ys series. Expanding upon the gameplay elements introduced in Ys: The Ark of Napishtim and Ys: The Oath in Felghana, Ys Origin perfects the formula by adding different styles of play and new features never before seen in the Ys universe

As part of our Ys collection in collaboration with Nihon Falcom, we are pleased to offer the Ys Origin soundtrack for the very first time in a fully remastered vinyl format! Composed by the Falcom Sound Team jdk, the soundtrack reaches new level of achievements with raging melodies, while offering a new vision of cult themes from the previous episodes.

The Ys Origin Collector’s Vinyl Edition includes two marbled amber-colored discs, housed into a gatefold sleeve and a 12-page illustrated booklet, as well as an exclusive and limited shikishi featuring the two godesses! 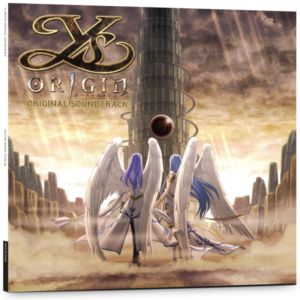 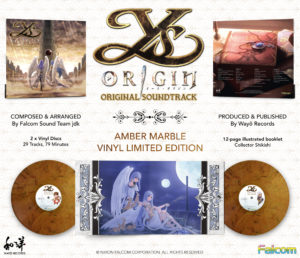 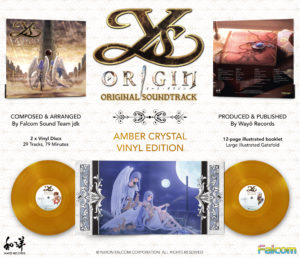