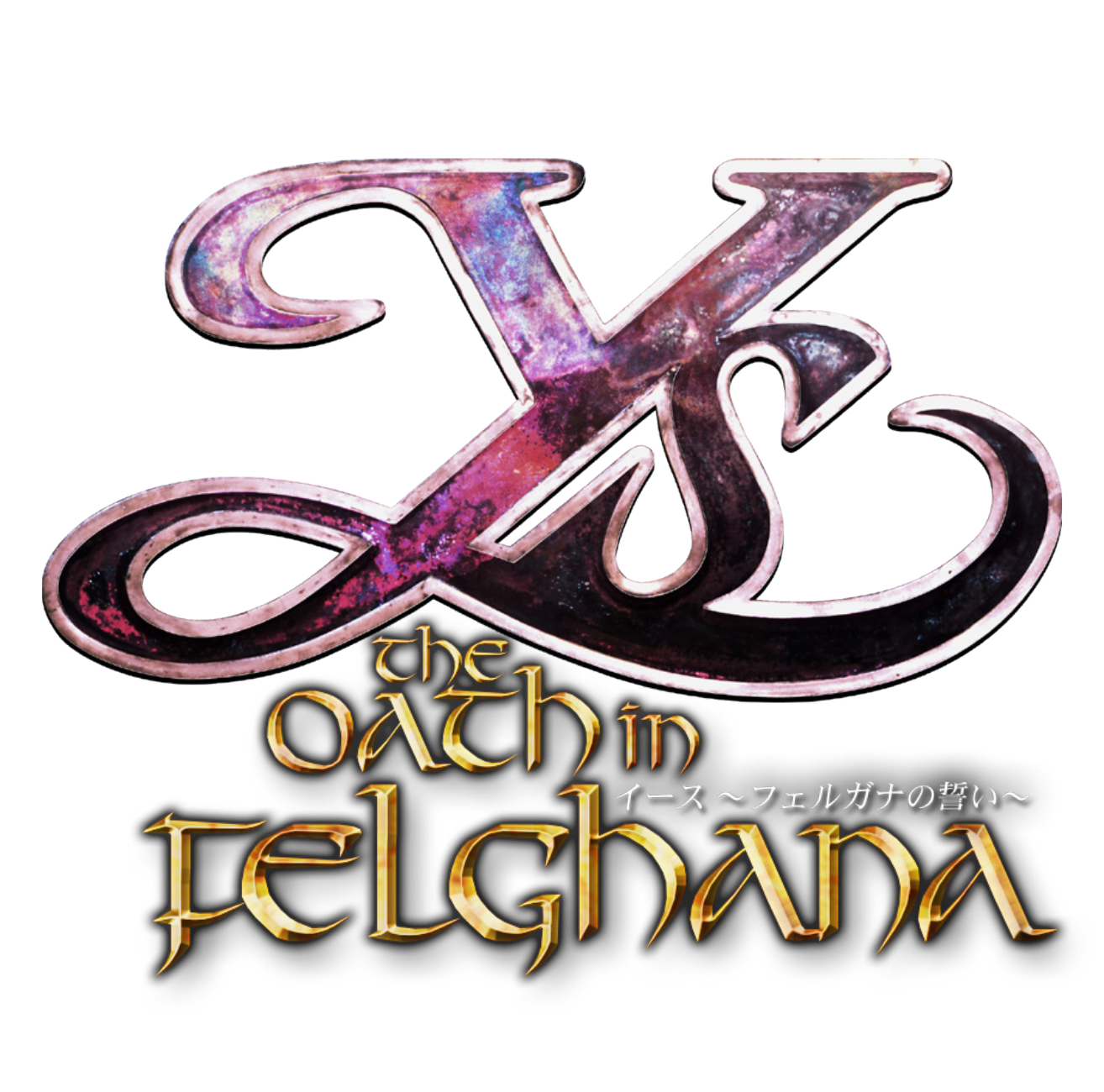 Join the brave Adol in his legendary adventures in Felghana!
For our first collaboration with Nihon Falcom, here is the amazing Ys: The Oath in Felghana Original Soundtrack in this collector 3xCD Box!

Published in 2005, Ys: the Oath in Felghana is the acclaimed remake of the A-RPG Ys III: Wanderers from Ys, initially released in 1989 on PC-88, PC-98 and MSX2. Composed and arranged by the famous Falcom Sound Team jdk, the original soundtrack is an absolute compendium of blistering rock tracks and unforgettable melodies. To complete this retro quest, the third disc contains the full soundtrack from the original game Ys III: Wanderers from Ys, released on PC-88! 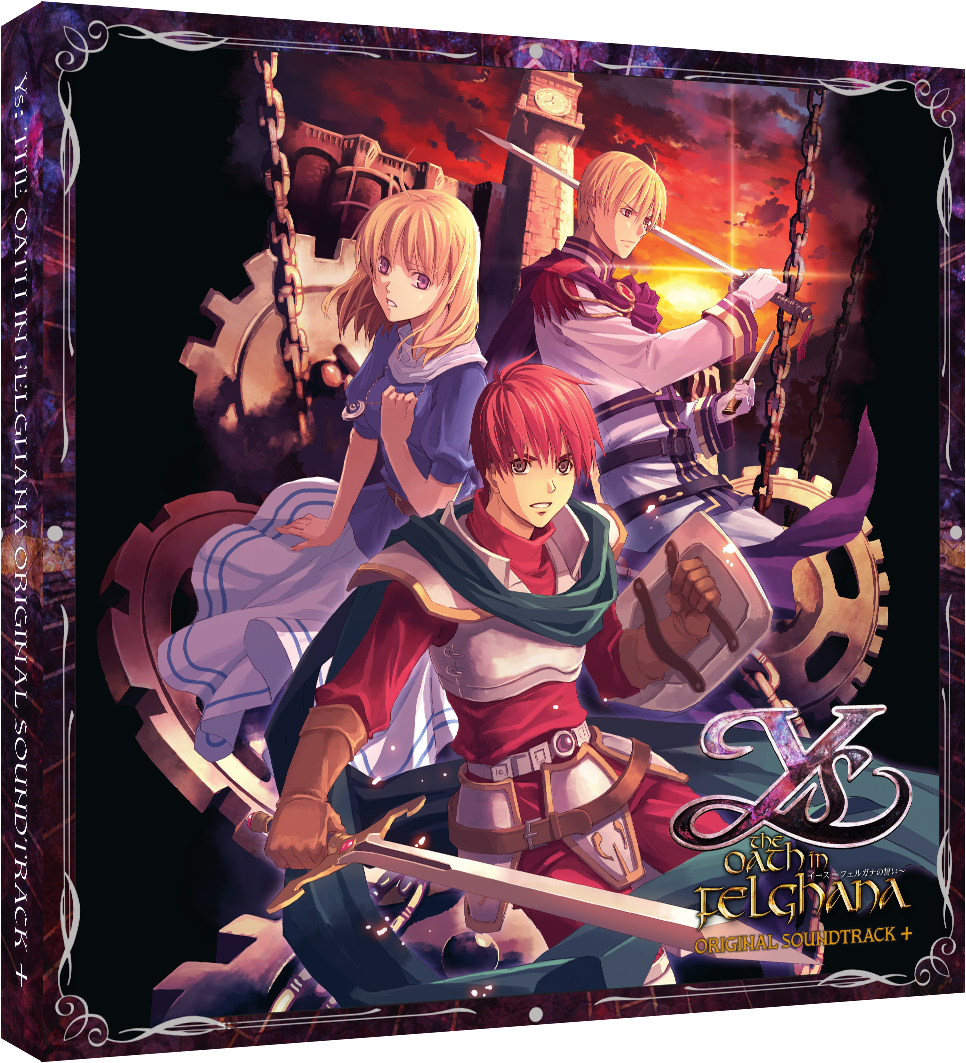 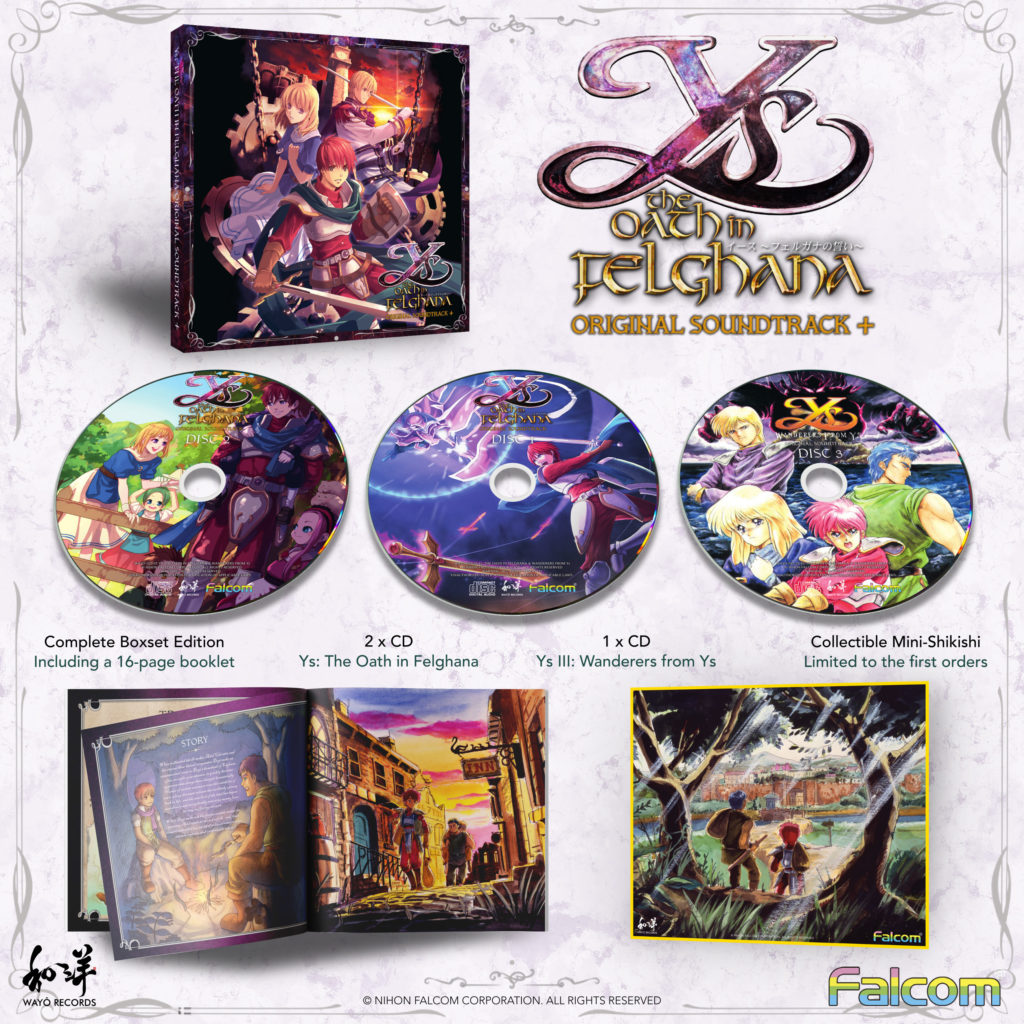 DISC 1
YS: THE OATH IN FELGHANA

DISC 2
YS: THE OATH IN FELGHANA